For Christian and Tessa Tookes, the Brooklyn, NY-based singer/songwriter duo known by their surname TOOKES, I Wish I Could, their upcoming EP is a decade in the making. Separated by eight years in age, Christian and Tessa wrote their first song together when Tessa was only 12 years old. Tessa sent Christian, who was at that time a student at …

There are no Albums listed for this Artist. 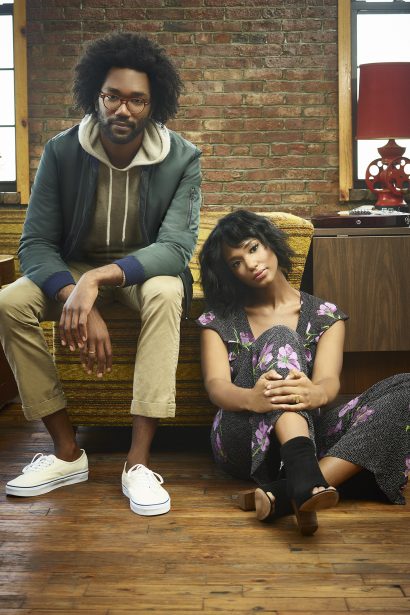 For Christian and Tessa Tookes, the Brooklyn, NY-based singer/songwriter duo known by their surname TOOKES, I Wish I Could, their upcoming EP is a decade in the making. Separated by eight years in age, Christian and Tessa wrote their first song together when Tessa was only 12 years old. Tessa sent Christian, who was at that time a student at Brown University, a melody she wrote, and he composed a song around it. It was a musical partnership they were unable to fully explore until Christian built his life in Brooklyn and Tessa joined him as a student at New York University.

To say music was important to Christian and Tessa growing up is to understate its significance. They live and breathe music. To them, melody, harmony, and story come as naturally as breathing. In their formative years in Stamford, CT, the Tookes household bursted at the seams with music. Their father Darryl Tookes, an accomplished musician, introduced them to a variety of musical styles and artists, explaining why TOOKES writes songs with strong pop sensibilities, catchy melodies, and beautiful harmonies. There was one rule repeated nightly at dinner –No Singing at the Table. Otherwise, six people, Tessa, Christian, their two siblings, and their parents, would be busy singing six different songs at the same time.

Christian and Tessa developed independently as songwriters while they were away at school — first with Christian at Choate Rosemary Hall in Wallingford, CT and then Brown University in Providence, RI; and then with Tessa at home in Stamford, CT and away at Choate Rosemary Hall. It was not until Tessa relocated to NYC to study Musicology at NYU that they were able to fully explore their songwriting partnership. EP- I Wish I Could contains two songs penned by Christian during this time period when they were apart along with two songs he and Tessa co-wrote together. Inspired by the likes of The Civil Wars, Bon Iver, Chris Thile, Joni Mitchell, and Joan Baez, TOOKES music moves you, touches you, and brings a tear to your eye, be it happy or sad. TOOKES follows in the great Folk/Americana tradition and creates narratives that capture life’s beauty through song. Their nuanced approach to storytelling is universally relatable and gives new life to real experiences. Their goal is to not just make the listener enjoy meeting these characters, but also for the listener to relate to the themes of unrequited love, stagnation, hope, and empowerment that recur in their music. They are likewise proponents for authenticity through their music and intersectional identities.

For EP – I Wish I Could, TOOKES collaborated with Producer Dana Murray and their manager Brian McKenna, McKenna Group Productions LLC to record at Dana Murray Studio in Omaha, NE. EP – I Wish I Could is mixed by Dana Murray; mastered by Chris Athens; and features renowned musicians Mitch Towne (Organ, Piano, Synth), Andrew Bailey (Guitar), Jonathan Maron (Bass), Orrin Evans (Piano), Eric Revis (Bass), Dana Murray (Drums, Percussion) along with Christian Tookes (Vocals, Guitar) and Tessa Tookes (Vocals). EP- I Wish I Could showcases 10 years of brother & sister songwriting, and the album will span 12 years. TOOKES is performing across NYC and will make their Mercury Lounge debut on February 6th. They will also be performing at Rockwood Music Hall on March 3rd. We look forward to sharing their new music later this year. Follow them on Instagram, and Facebook for more news.