For nearly four decades, pianist/producer/arranger Gil Goldstein has drawn the musical blueprint for some of the most prominent artists in jazz – and in so doing, has become a highly influential figure in his own right. Gifted with an innate sense of compositional structure and harmonic balance, he has forged a diverse career that extends well beyond his own body …

There are no Albums listed for this Artist. 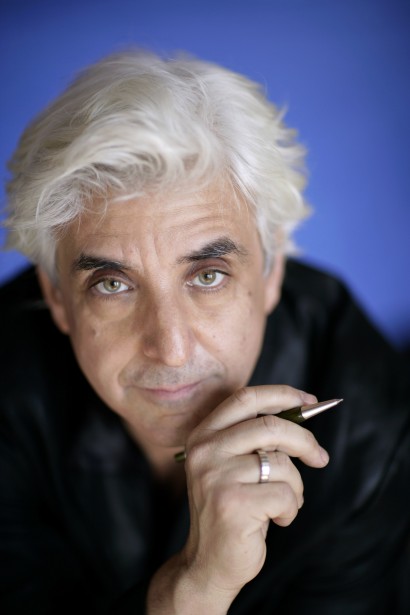 For nearly four decades, pianist/producer/arranger Gil Goldstein has drawn the musical blueprint for some of the most prominent artists in jazz – and in so doing, has become a highly influential figure in his own right. Gifted with an innate sense of compositional structure and harmonic balance, he has forged a diverse career that extends well beyond his own body of recorded work to include alternating turns as an insightful producer, a brilliant arranger and a prolific composer of more than a dozen film scores for the big and small screens.

Born in Baltimore in 1950, Goldstein began playing the accordion at age five and made the switch to piano a few years later. His family moved to Silver Spring, Maryland – just outside of Washington, DC – when he was in grade school. After high school, his quest to further his musical knowledge took him to no less than five colleges, starting with two years at American University, followed by a year at Berklee, then two years at the University of Maryland, where he studied piano with Dr. Stewart Gordon and received a bachelors degree in music. He earned a masters degree in music in a single year at the University of Miami, followed by a doctorate from The Union Graduate School.

Goldstein’s year in Miami, from 1972 to 1973, proved to be the most important of his early years. “Pat Metheny was a student when I was there,” he says, “and there was also this incredible group of people playing in the Miami area, including Jaco Pastorius and the legendary Ira Sullivan. I had walked into his great jazz scene, completely by accident.”

After Miami, Goldstein moved to New York, and spent the remainder of the decade gigging with a variety musicians: Pat Martino, Pat Metheny Billy Cobham, Ray Barretto, Lee Konitz and others. His recording career began in the winter of 1976 when he appeared on three of Martino’s records back to back – Starbright (Martino’s Warner Brothers debut), We’ll Be Together Again and Exit.

These three projects proved to be the genesis of his work as an arranger and producer. The electric piano accompaniments he improvised on We’ll Be Together Again signaled the string writing that would eventually follow. Shortly after finishing Martino’s projects, Goldstein cut his first solo record, Pure As Rain, in 1978. Seven more albums would follow, generally following his fascination and association with musicians around the world such as  Brazilian masters Toninho Horta and Romero Lubambo, resulting in the album, Infinite Love, and the great flamenco musicians Carles Benavente and Jorge Pardo, who together recorded the album, Zebra Coast.

But even as his recording career was getting under way, Goldstein’s various friends and collaborators began looking beyond his skills as an instrumentalist. And playing jobs began to morph into arranging and producing jobs. Case in point, Jim Hall offered him the dream gig of joining his quartet in the mid 1980s, and Goldstein eventually produced the 1993 Pat Metheny/Jim Hall duet recording, Something Special. He also co-produced, co-arranged and conducted on Hall’s 1997 recording, Textures.

However, the turning point came when Goldstein met Gil Evans in 1982 and began playing with the master until his death six years later. The association with Evans changed everything about Goldstein’s musical perspective and his approach to arranging. “Gil Evans was a philosopher,” he says. “He possessed cultural secrets which I have tried to absorb and pass on further.”

Goldstein’s career split off in another direction in the ‘80s when he took an assignment to score an ABC After-School Special, Summer Switch, which was also the directorial debut of Ken Kwapis (The Sisterhood of the Traveling Pants, He’s Just Not That Into You, The Office). Goldstein scored two more After-School Specials, and eventually composed music for a series of feature-length motion pictures, including Radio Inside (1994), I Love You, I Love You Not (1997) and Simply Irresistible (1999). He also provided orchestration for film composer Ryuichi Sakamoto’s music for Peter Kosminsky’s Wuthering Heights (1992) and Bernardo Bertolucci’s Little Buddha (1994), and Metheny’s score for A Map of the World (1999). He is also an in-demand accordionist – particularly by film composer Eliot Goldenthal, who has featured him in his music for Frida (2002), Across the Universe (2007), and many others.

Despite his work in film, arranging continued to be Goldstein’s creative anchor. “I kept coming back to working with musicians whom I liked and admired, but I didn’t necessarily want to just play with them,” he says. “I thought I could be more effective as an arranger and find ways to make their music resonate and vibrate according to the principles of the overtone series, which he learned through studying with Otto Luening, the 20th century composer who pioneered electronic music in the 1950s.”

The list of musicians for whom Goldstein has arranged is as impressive as it is lengthy: David Sanborn, Bobby McFerrin, Chris Botti, Milton Nascimento, James Moody, Richard Bona, Randy Brecker, Manhattan Transfer, Al Jarreau and many others. He reconstructed orchestrations for Miles Davis’ Miles Davis and Quincy Jones Play the Music of Gil Evans, which won a Grammy Award in 1993. In addition, he produced and arranged Michael Brecker’s last two recordings – Wide Angles (2003) and Pilgrimage (2007) – both of which also scored Grammys.

“I really admired and respected Mike,” says Goldstein. “I was a total fan of his playing, and I loved him as a person. Mike was a bit of a control freak, but the kind that I admire. He knew exactly what he wanted and could express it, and when he changed something I wrote, it was clear to me and I understood the intent of the change.”

He adds that Metheny, Sanborn and Botti are similar to Brecker in that respect. “The chance to work with people who have clearly defined musical identities is a gift,” he says. “That way, I can morph into their musical personalities. Then I can develop alternate musical styles when I work with them, which increases my scope. Because of this skill, Pat Metheny nicknamed me ‘the Zelig of jazz.’ I’m flattered by that. As a child, I remember telling my mother that I was going to play piano at an assembly, and that I wished I could be invisible when I played, because I felt I could be more creative, more out of sight and less self conscious. I feel that way to this day. As a producer and arranger, I guess I would prefer that the listener ‘pay no attention to that man behind the curtain,’ just like The Wizard of Oz, and instead focus on the artist who’s making the music.

In early 2010, Goldstein co-arranged and produced bassist Esperanza Spalding’s latest recording, Chamber Music Society, which is scheduled for release on Heads Up in August 2010.  “She is so clear in her direction and offers so much richness in terms of the compositions and what she brings to them. We developed a give-and-take relationship that always progressed the plot and clarified the story of the music.

In addition to his work as a producer and arranger, Goldstein has also been a teacher since the mid-1980s – at the Mead School for Human Development, the New School, and New York University. He is the author of The Jazz Composer’s Companion, a collection of interviews with 15 notable jazz composers, a foreword by Bill Evans, and an overview of the musical materials that – as Evans wrote – “impose no style and thus can be used to extend and musician’s vocabulary.”